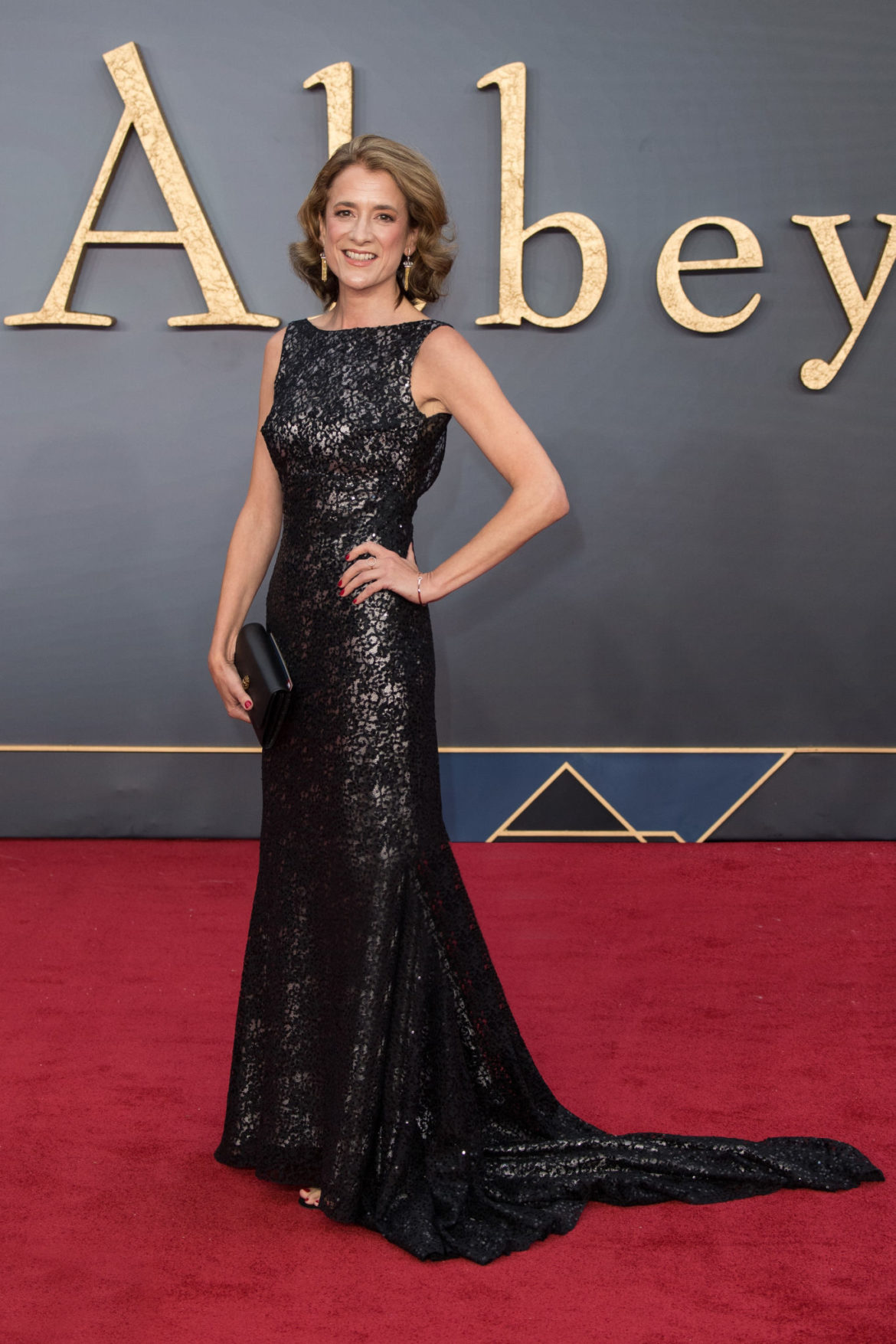 A sequinned lace and satin boat neck gown, cut on the bias with a deep V-neck back from the exclusive Knightsbridge evening wear collection. Request an appointment here>

Raquel is best known for her role as Phyllis Baxter in the last three seasons of the hit British television series Downton Abbey and will reprise the role in the feature film adaptation out from September 13th.

“Raquel Cassidy looks absolutely amazing in our Sylvia gown, she is a stunning woman and a brilliant actress, it was an absolute pleasure dressing her for this much anticipated film premiere.“ Caroline 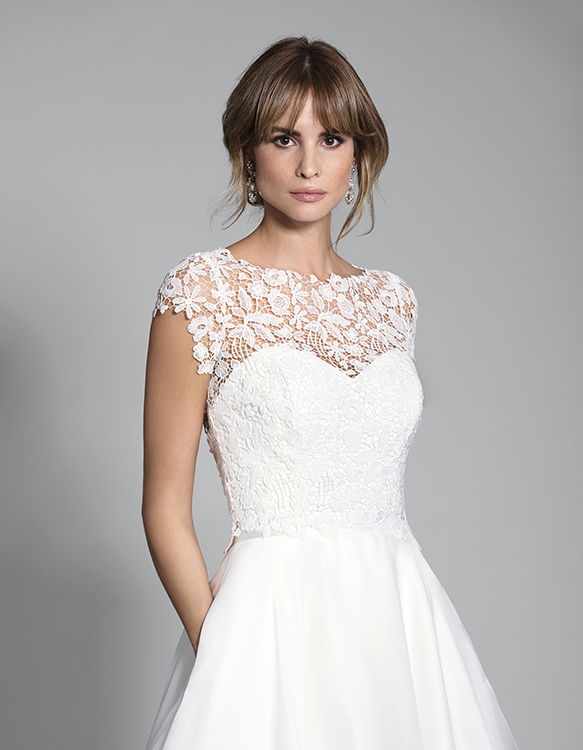